Infiniti has announced what the lineup for the all-new QX30 compact luxury crossover will look like. In North America, we'll see 3 versions, each designed slightly differently from the others with unique exterior finishes and interior looks. 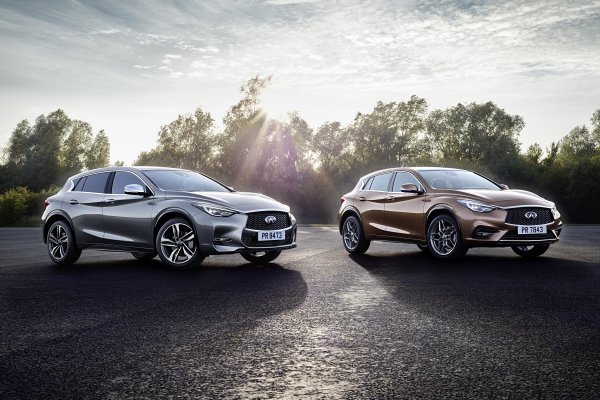 Coming as 2017 models, the new Infiniti QX30 line of premium active crossovers will enter the United States and Canadian markets in three forms. Each will be distinct from the others with details showing which of the three models is being observed. All will be powered by the same engine and transmission option.

The 2017 Infiniti QX30 series will be powered by a 2.0-liter turbocharged four-cylinder engine that outputs 208 horsepower through a seven-speed dual clutch automatic transmission.

In the base QX30, shown at its unveil late last year, the crossover is almost identical in looks to the European Q30 model. It will be sold as front-wheel drive only.