When Infiniti unveiled the heavily updated Q50 sedan this week, the biggest changes were all under the hood. Including a completely new engine series for the premium sedan. 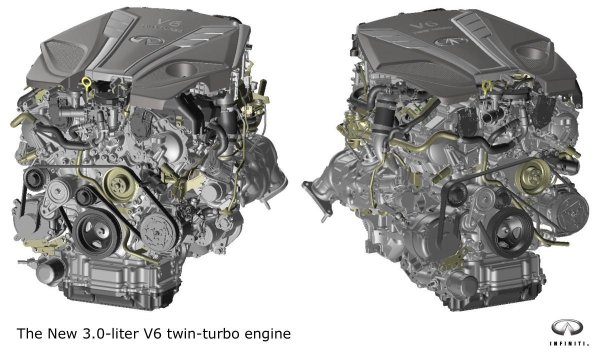 This is the most advanced engine that Infiniti has ever offered. It includes technology derived from the company's Formula One racing heritage and its advanced engineering department. The new 3.0-liter V6 offerings in the 2016 Q50 are completely new and different from the powerplant in previous years' models.

When Infiniti unveiled the new Q50 last week, most were awed by the huge improvement to the top-shelf Red Sport 400 trimline. And well they should have been. The Q50 may not have changed much in appearance from 2015, but the 2016 Infiniti Q50 definitely had a lot more going on under its hood.